In 1902 Bangerter farms started when Nicklas Bangerter purchased 10 acres for a family farm in Bountiful, Utah. The farm continues today with Alan Bangerter and his sons managing the family business. Bangerter Farms has grown some of the state's best corn, radishes, zucchini and other vegetables for six generations. 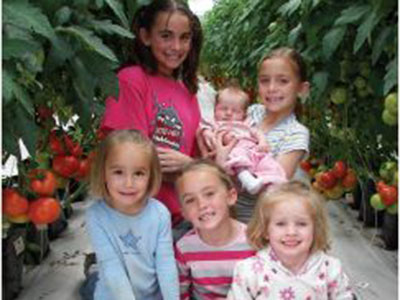 Castle Valley Greenhouses have raised tomatoes hydroponically for many years. It all started in 1980 when Russell Christensen discovered 220 degree water while drilling an irrigation well. Shortly after, he built his first greenhouse in Newcastle, Utah using the water to heat the greenhouses. In 2006, four of his grandsons purchased the business and added greenhouses that now cover more than an acre. 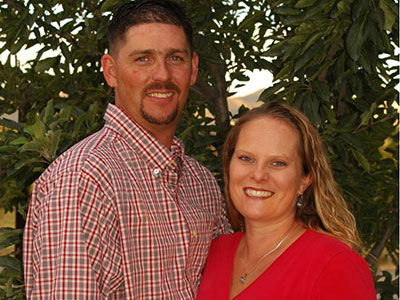 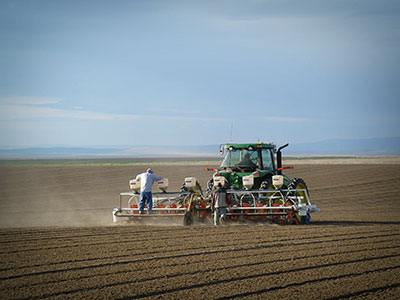 Hartley's Best Onions was started in 1978 by Blaine Hartley. Today it is owned and operated by Trent B. Hartley. They have locations in Salt Lake City, Syracuse and Corrinne, Utah and specialize in yellow, red, white and sweet onions and other various produce items. 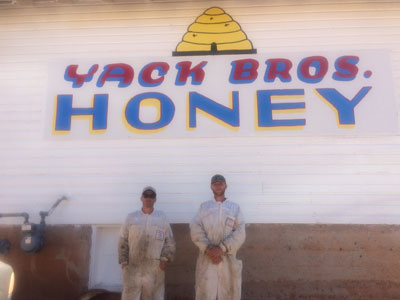 Yack Bros. Honey was started in 1947 by Bill, Ed, Laurance and Frank Yack. Now in 2017 their grandsons Gabe and Zeke run the business and it's still going strong. They have over 7000 bee colonies that are located throughout the Uintah Basin. Their honey is very sweet and always raw and unfiltered. 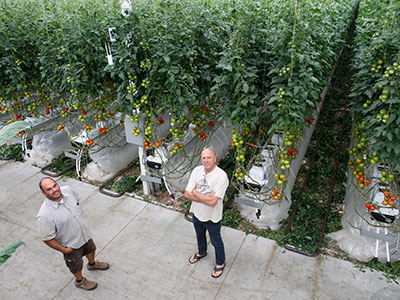 From the time he was a small boy pruning and picking his father's vegetables, Casey Houweling knew he wanted to be a farmer, but not a traditional one. Today, Houweling Tomatoes, located in Mona, Utah grows fresh tomatoes year-round. Houweling's utilizes state-of-the-art technology in their greenhouses that gives Utahns access to the freshest, best tasting, locally grown tomatoes regardless of season. 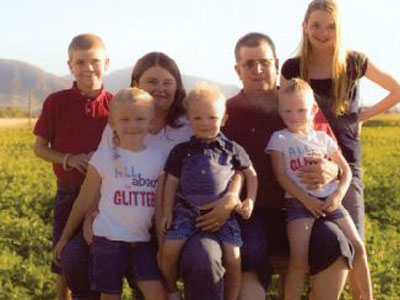 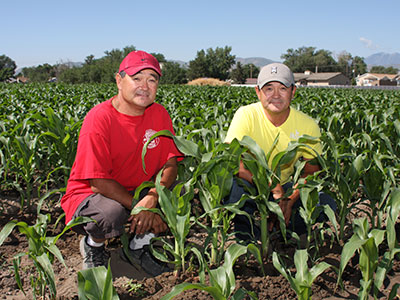 Kuwahara Farms is owned and operated by Roland Kuwahara. Roland's father started the farm in Murray, Utah in 1965 producing vegetables. In 1983 the family moved the farm to draper and has been raising tomatoes, lettuce, bell peppers, zucchini, cucumbers and other delicious vegetables ever since. 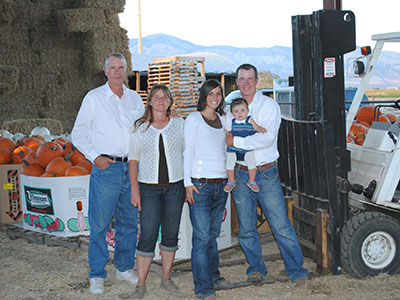 Layne and Kenny McFarland are proud to carry on the multi-generation farming tradition in West Weber, Utah that began in 1859. Layne started growing fresh market produce in 1987 and quickly became known for growing high-quality produce. Layne and Kenny now farm over 200 acres and produce over four million pounds of fresh market vegetables every year. They specialize in growing sweet corn, onions, squash, and pumpkins for families across Utah. 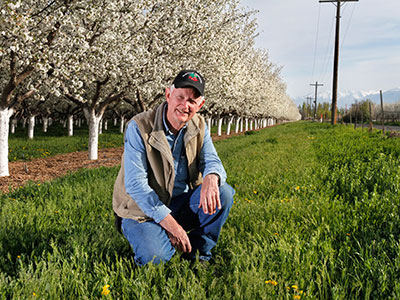 For the past 80 years the McMullin family has been growing fruit in a beautiful valley in central Utah. McMullin Orchards now have their fourth generation working in the fruit business and have grown to over 900 acres in three locations in Utah County producing cherries, peaches, apples and more. 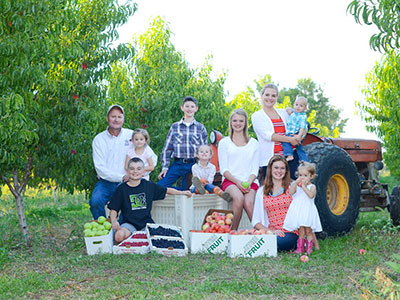 Mitchell Farms, located in American Fork, Utah is a third-generation family owned and operated farm. Their focus is on growing farm-fresh produce ranging from apples to berries. 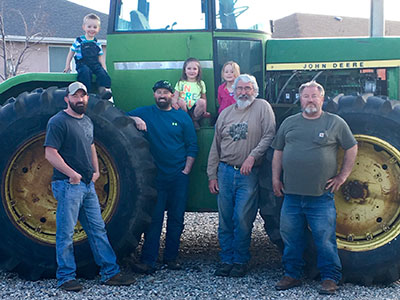 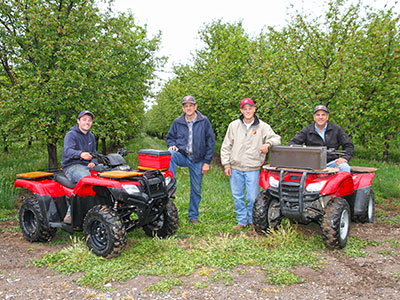 Mountainland Apples was formed as a grower cooperative in 1983. Growers in southern Utah County decided to work together and build a facility to provide up-to-date storage and packing capabilities. All of their farms are owned and managed by multi-generational families and grow most apple varieties along with sweet cherries, apricots, peaches and nectarines. 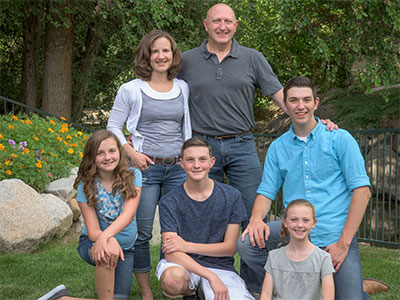 Nature Jim's Sprouts has an indoor hydroponic farm located in the beautiful Salt Lake Valley. The Reynolds family has grown sprouts and micro greens since the 1950s and is one of the oldest growers of sprouts in the United States. The farm has been run by three generations of family. They grow alfalfa, radish, broccoli, clover, wheat grass and three-bean mix. 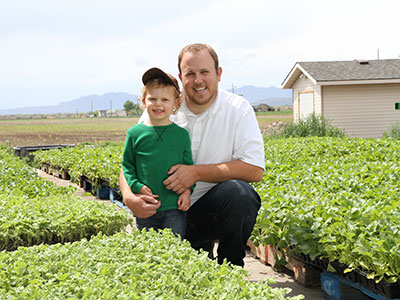 It all started in 1909 when Hyrum Peterson purchased 200 acres in Taylor, Utah. He saw an advertisement in a magazine that farmers were starting vegetable transplants in a shoe box and thought to give this new concept a try. The sandy loam soil of Taylor made a beautiful seed bed and he found himself very successful. Ogden Bay is now in its fourth generation and currently grows over 100 acres of produce growing over 2.7 million pounds of produce across Northern Utah and surrounding states. 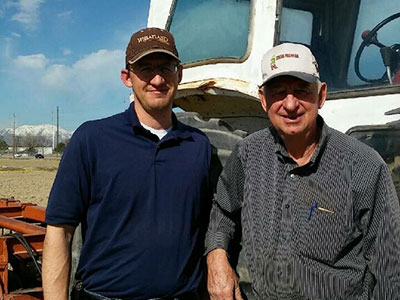 The Schmidt family has farmed in West Jordan, Utah since 1911. Grandpa Schmidt decided to settle there to raise his family on a farm. The family started raising a sweet corn and selling it on Redwood road to make some extra money. Richard Schmidt continues the tradition full time with his son Ryan and a group of great team members. They raise a variety of fresh produce including tomatoes, melons, pepper and pumpkins and sweet corn. 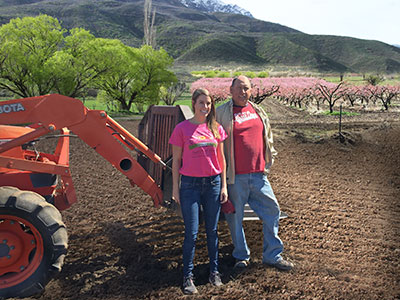 Tagge Farms was founded in 1997 when Thayne and Cari Tagge bought their first orchard in Brigham City, Utah. Since then they have planted a wide variety of Willard Bay blackberries, cherries, raspberries, apricots, apples, plums, pears, and all types of vegetables and are proud to be a first generation farming family. 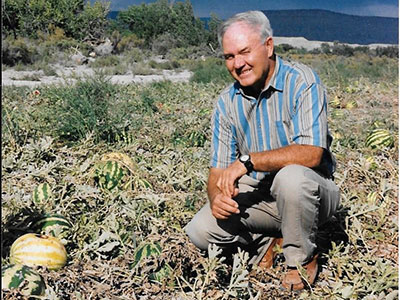 Thayns is a farm that began in the small town of Wellington, Utah. They grew hay, corn, barley and had cattle. After a move to Green River, Utah they expanded into that area's famous Green River Melons. The father and son operation includes help from grandchildren, daughters, and terrific hired help. 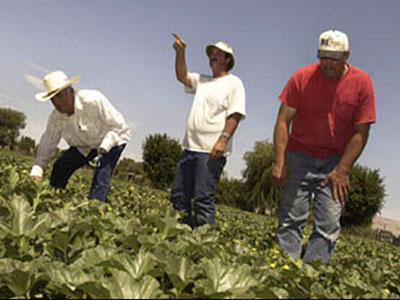 Since Eisenhower was in office, the Vetere family has been growing melons in Green River, Utah. Jay Vetere started the farm in 1958 inspired by memories of his childhood when his father grew melons on the family farm. Jay Vetere set up a stand in town that is still operating more than 50 years later. 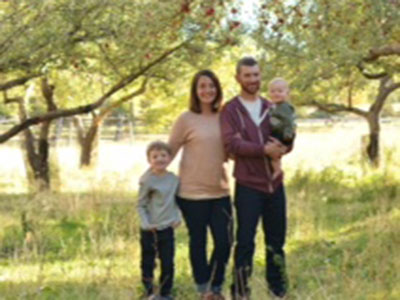 Marty and Maryann Alston are the founders, farmers, and owners of Urban Farm & Feed. They have both been involved in family businesses and farming their entire lives. Their interest in growing food stems from their overwhelming love for working the land, and providing their family and yours quality, healthy food. 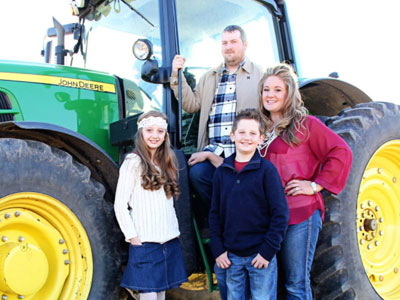 East Farms was founded in 1997 by Jeremy and Shay East. Jeremy grew up farming on his grandfather's vegetable farm in Bountiful. East Farm is based out of Layton, Utah and farms over 400 acres in Davis and Weber counties. They grow a wide array of conventional and organic vegetables.

Could not load Kickstrap.There are several common reasons for this error.

Some exciting changes are coming to our website and it is possible that you may experience some login delays. We appreciate your patience.
Register |  Forgot password?

Fill out the form below with the information you provided when you created your account.

Log In Register
Create your own user feedback survey